Physicochemical and Spectroscopic Characterization of p-Chlorobenzaldehyde: An Impact of Biofield Energy Treatment

p-Chlorobenzaldehyde (p-CBA) is used as an important chemical intermediate for the preparation of pharmaceuticals, agricultural chemicals, dyestuffs, optical brighteners, and metal finishing products. The study aimed to evaluate the effect of biofield energy treatment on the physicochemical and spectroscopic properties of p-CBA. The study was accomplished in two groups i.e. control and treated. The control group was remained as untreated, while the treated group was subjected to Mr. Trivedi’s biofield energy treatment. Finally, both the samples (control and treated) were evaluated using various analytical techniques. The surface area analysis showed a substantial increase in the surface area by 23.06% after biofield treatment with respect to the control sample. The XRD analysis showed the crystalline nature of both control and treated samples. The X-ray diffractogram showed the significant alteration in the peak intensity in treated sample as compared to the control. The XRD analysis showed the slight increase (2.31%) in the crystallite size of treated sample as compared to the control. The TGA analysis exhibited the decrease (10%) in onset temperature of thermal degradation form 140°C (control) to 126°C in treated sample. The Tmax (maximum thermal degradation temperature) was slightly decreased (2.14%) from 157.09°C (control) to 153.73°C in treated sample of p-CBA. This decrease in Tmax was possibly due to early phase of vaporization in treated sample as compared to the control. The FT-IR spectrum of treated p-CBA showed the increase in wavenumber of C=C stretching as compared to the control. The UV spectroscopic study showed the similar pattern of wavelength in control and treated samples. Altogether, the surface area, XRD, TGA-DTG and FT-IR analysis suggest that Mr. Trivedi’s biofield energy treatment has the impact to alter the physicochemical properties of p-CBA. This treated p-CBA could be utilized as a better chemical intermediate than the control p-CBA for the synthesis of pharmaceutical drugs and organic chemicals. 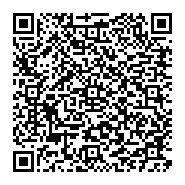